Anna was born in June 1862.1 She and James Devor were married in 1882. She and Lida Devor and Rev. A. L., Brokaw, witnessed the marriage of William Elmer Halley, Sr., and D'Light Beatrice Devor on 2 January 1909 in Greenville, Darke, Ohio, USA.2
Anna was also known as Anna Devor.

Brockway Annie was born in 1879 in Alabama, USA.
Family Explorer

Caroline Anthony witnessed the birth of Rose Frantz. Caroline Anthony was born on 31 December 1855,,,Alsace Lorraine. She witnessed the birth of Harry Frantz in 1876. She witnessed the birth of Caroline Frantz on 2 October 1879,,,Alsace Lorraine. Caroline Anthony witnessed the birth of Jacob Frantz in 1883. She witnessed the birth of Louis Frantz on 30 October 1885. She and Henry Frantz were married in 1876. She died on 15 May 1930, at age 74, in Indiana, Pennsylvania, USA. She was buried on 18 May 1930 in Indiana, Pennsylvania, USA.
Caroline Anthony was also known as Caroline Frantz. Certificate of Death 1. Place of Death, County of Indiana, Townshipof Canoe 2. Full Name, Mrs. Caroline Frantz 3. Sex, female 4. Color,white 5. a. single, married widowed, divorced- widowed b. wife ofHenry Frantz 6. Date of Birth, Dec. 31, 1855 7. Age, 74 years, 5months, 15 days 8. Occupation, Housekeeper 9. Birthplace, France 10.Name of father, Harry Anthony 11. Birthplace of father, France 12.Maiden name of mother, Magdaline Hartman 13. Birthplace of mother,France 14. Informant, Henry Frantz, Clymer, Pa. 15. Filed May 18,1930, Mrs. Maud Moss, Registrar 16. Date of Death, May 15, 1930 17. Iherby certify that I attended the deceased from May 11, 1930 to May15, 1930, that I last saw her alive on May 15, 1930 and that deathoccurred on the date above at 11:00 p.m. The cause of death was asfollows: Cerebral Hemorrhage, duration unknown. 18. a. Did anoperation precede death?, no b. Was there an autopsy, No c. What testconfirmed diagnosis, Clinical and neurological Signed Ora Miller M.D.May 15. 1930, Rossiter, Pa. 19. Place of Burial, Union Cemetery, Dateof burial, May 18, 1930 20. Undertaker, H.I. Morrison, Punxsy, Pa.According to Vivian Doney Reid, Nick Anthony was a relative (acousin) of the Anthonys and lived in Connellsville. Pa. These Anthonyswere here before the Frantzs came to this country. The Frantzs mayhave stayed a while in Connellsville when they arrived in thiscountry. They may have lived in Adrian, PA. 'Uncle Harry Frantz' (hewas superintendent of the mines) had them come to Rossiter. It was anew town -the mine was just opening up. In 1901 J.C. and Carolinemoved to Rossiter (maybe with the Frantzs). They lived in a duplex-Grandma and Grandpa Frantz on one side and Caroline and J. C. on theother. Caroline Anthony was fat. She weighed about 200- 250 pounds.She always wore long (to the floor) gray or black dresses. She hadvery long hair. One time when Viv was at home alone with her, Viv wasin the bathtub getting ready to go somewhere. Grandma Frantz chose thewrong door in the dark and instead of going into the dining room shefell down the cellar steps. Viv heard a loud crack and then her GermanShepherd, King, started barking like crazy. When she went toinvestigate she found Grandma had fallen down the cellar steps and hadbroken her collar bone. She had also pulled a big hunk of hair out ofher head that had caught on something on the way down. Viv got her upand up the cellar steps and into bed. Then she went for the Doctor. Noone could believe she had gotten Grandma up the stairs by herselfbecause Grandma was so big. This incident occurred when Viv was about12 years old. Grandma Frantz said she was related to AlbertSchweitzer. Her cousin, Adam Schweitzer, went blind. He hadoperations in this country in Philadelphia and maybe someplace else,to try to correct the condition but they were unsuccessful. He and hisdaughter, Caroline Schweitzer, traveled to Paris to see if specialiststhere could help. The story goes that the Doctors in Paris told himthat there was nothing they could do because his eye muscles had beenstretched in the USA during the previous attempts to correct hisvision. After Adam died, Carolyn Schweitzer lived with CarolineAnthony Frantz. Caroline's aunt, Louise Fenstermaker, lived on PineStreet in Punxsy. Caroline married Fred Chambers, who had a hardwarestore in Punxsutawney. Who is Rose Barron? Vivian Doney Reid believedthat this was her great grandmother's name, not Magdaline Hartman.
Family Explorer 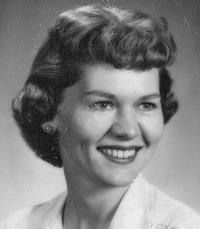 Born May 29, 1928, in Stonecreek, Ohio, she was the daughter of the late Edward and Florence Arbogast. Mary Lou was also preceded in death by her loving husband of 58 years, Dr. Henry "Hank" Deetz, sister Helen Harmon, and brother Jerry Arbogast.

In her teens and twenties Mary Lou worked as a hair stylist and legal secretary, but her real calling came with her marriage and family. She and Hank raised five children, each of whom feel fortunate to call her mother, best friend, and their strongest and most loyal advocate.

She enjoyed classical music, cooking, and especially baking her famous pies and pastries or preparing the Christmas favorite, date pudding, which she shared with her family, friends, and neighbors.

Mary Lou was a faithful and active member of the First Moravian Church of Dover where she sang alto in the choir, played trombone and handbells, and volunteered with the women's fellowship. She enjoyed painting and handcrafts, was an avid reader, and was a master at crossword puzzles.

Mary Lou will be sadly missed by her children, Kathy (Robin) Kollman of Macedonia, Kristy Deetz and husband, Edward Risden of Wisconsin, Tim (Shauna) Deetz of New Philadelphia, Elisabeth Deetz and Julie (Eric) Pfeiffer, both of Dover, her brother Eddie Arbogast, nine grandchildren, and two great grandsons. She is also survived by one local niece, Susan (Jim) Peters of Dennison and many nieces and nephews near and far.