William O. Clay was born in 1868 in Pennsylvania, USA. He and Essie Denbow were married. He died in Oklahoma, USA.
Family Explorer

Gordon Donald Hurlbert was born on 8 December 1913 in Pittsburgh, Allegheny, Pennsylvania, USA.1,2 He witnessed the birth of Betty Jeanne Hurlbert on 23 September 1935 in Pittsburgh, Allegheny, Pennsylvania, USA.3,1 He and Ruth Louise Gigax were married on 16 October 1934 in Wellsburg, Brooke, West Virginia, USA.1,2 He died on 1 August 1976, at age 62, in Bemidji, Beltrami, Minnesota, USA.2 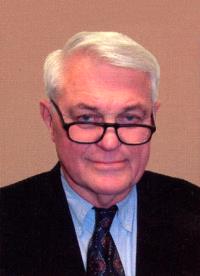 Russell was a resident of Saint Cloud, Minnesota at the time of his passing.

He is survived by his wife Betty.

Memorials are preferred in lieu of flowers.1